THE CONVERT by Danai Gurira

A powerful play exploring British colonialism in southern Africa and the use of Christianity for cultural disruption.

Set in 1896 Rhodesia, a young girl whose father has passed away is to be traded, by her uncle, to an older man with ten wives in exchange for a number of goats. She escapes this forced marriage by taking refuge in the home of an African teacher in the Catholic church. In exchange, she is given a new name, forbidden to practice her traditional beliefs, required to wear clothing of the colonizers, and, eventually, is cut off from her family to prove her Christian faith. As tensions in the surrounding villages grow, THE CONVERT explores the struggle between tribal customs and the ways of the British settlers, between traditional African beliefs and the Christianity brought by the colonizers. Resistance could mean death.

Frank is closely monitoring all advisories regarding public health, including the Minnesota Department of Health, the CDC, and Gov. Walz’s recommendations this afternoon. We are concerned about the health of both our artists and our audiences, so we are taking the advice of experts very seriously.
Today, Gov. Walz recommended that gatherings of over 250 people be cancelled, and that smaller gatherings take place in a space where individuals can maintain a 6 foot distance between each other. Given that we are not sold out on this final weekend of THE CONVERT, we feel we can accommodate these advisories and go forward with performances while observing the precautions offered. Should the advice change in the next day or two, we will adjust accordingly and keep you posted.
If you have tickets for one of the remaining three performances and feel you cannot attend, we are happy to refund your tickets, or if you choose to donate the ticket price back to Frank, we are grateful for that. If you would like a refund, please go to brownpapertickets.com and follow their instructions for a refund (refunds must come through them, not through Frank). If you are planning to attend, we ask that you observe the following:
We are observing cleaning procedures of the public areas and dressing rooms in the theatre. We are armed with hand sanitizer, disinfectant spray, tissues and other preventative items. Above all, we want you and our artists to remain healthy, so our thanks for observing these measures. If you have questions, please shoot us a message at info@franktheatre.org.
Thank you for your support and understanding. Please take care of your/our health!
Thanks,
Wendy Knox
Artistic Director

“After producing ECLIPSED nearly a decade ago, we have been pursuing the rights for THE CONVERT and we couldn’t be more thrilled to embark on this adventure,” says director Wendy Knox. “In some ways, THE CONVERT is a very unFrank play: it’s a big, historical, realistic, three-act play! Thematically, however, it’s right up Frank’s alley. During auditions, I had two actors, who were unfamiliar with Frank’s work, ask why I was doing this play. I answered that I thought the play was an excellent exploration of the roots of white supremacy, and that the play had much to contribute to the larger conversation we are still having, and need to be having today.”

“The Convert is shown…to be a work considering questions of racial, political and religious identity and assimilation with a provocative intelligence …” —The Guardian

“Where do you belong? It’s a question that just about everyone has to face, sooner or later, in Danai Gurira’s The Convert. And the further we go, the more complex that question becomes. It’s a terrific play — a rich, thoughtful, carefully crafted piece..” —The Financial Times

Danai Gurira is an award-winning Zimbabwean American actor and playwright. As a playwright, her works include In The Continuum (OBIE Award, Outer Critics Circle Award, Helen Hayes Award), Eclipsed (NAACP Award; Helen Hayes Award, Best New Play), The Convert (six Ovation Awards, Los Angeles Outer Critics Circle Award), and Familiar, which had its world premiere at Yale Rep in February 2015. Committed to putting the African woman’s experience on stage, all of her works explore the subjective African voice. She is the recipient of the Whiting Award, is a former Hodder Fellow, and has been commissioned by Yale Rep, Center Theatre Group, Playwrights Horizons, and the Royal Court. She is currently developing a pilot for HBO. As an actor, she has appeared in the films The Visitor, Mother of George, 3 Backyards, and the television show Treme, among others. She currently plays Michonne on AMC’s The Walking Dead. She is the co-founder of Almasi Collaborative Arts, which works to give access and opportunity to the African Dramatic Artist. Danai was born in Grinnell, Iowa and raised in Zimbabwe by Zimbabwean parents. She is a graduate from Macalester College and holds an MFA from Tisch School of the Arts, NYU. 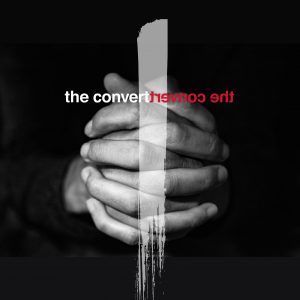