THE GOOD PERSON OF SETZUAN

In Brecht’s comic play-with-music, rumors have reached the higher realm that it is impossible to live in the earthly world and remain good. A trio of bumbling gods descends to earth with the mission of finding a single good person, and, if they do, the world can remain as it is. On their first night, they need lodging. A waterseller tries to help, leading them to Shen Teh, a good-hearted prostitute, who is the only person who will help them out. Delighted with finding a good person, they give her 1,000 silver dollars, enough to buy her way out of prostitution and into a small tobacco shop. However, as a shop owner, she is taken advantage of by everyone, and finds herself forced to invent a “cousin,” disguising herself as a savvy businessman so that she can remain good and protect her resources. Her plan is complicated when she falls in love with an opportunistic pilot. When her neighbors begin missing the kind Shen-Teh, they accuse the “cousin” of causing her disappearance. In the final scene, she confronts the gods with the question “Is it possible to be good and remain good in a world that values profit over kindness and rewards greed and brutality rather than compassion and goodness?” 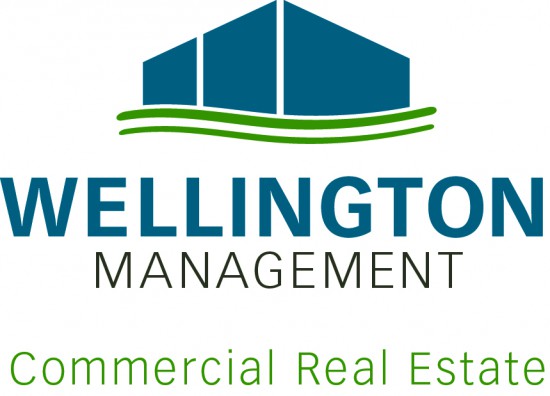 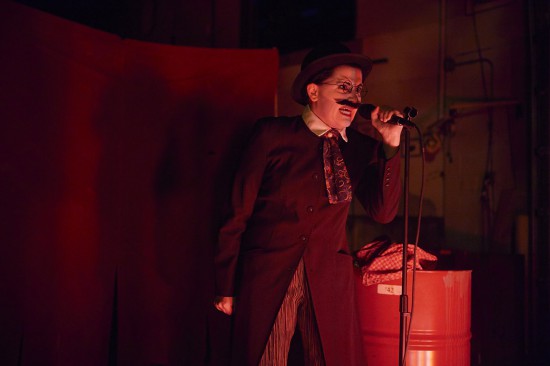 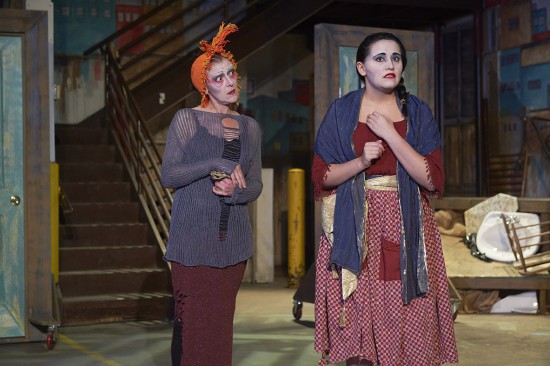 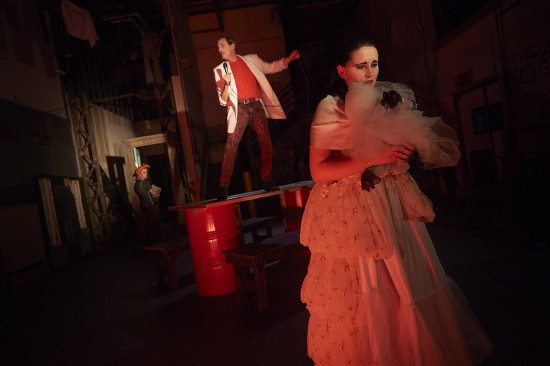 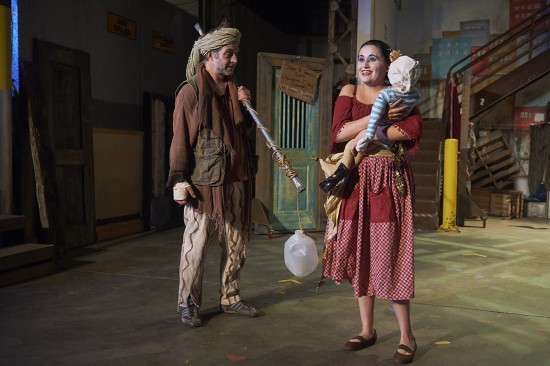 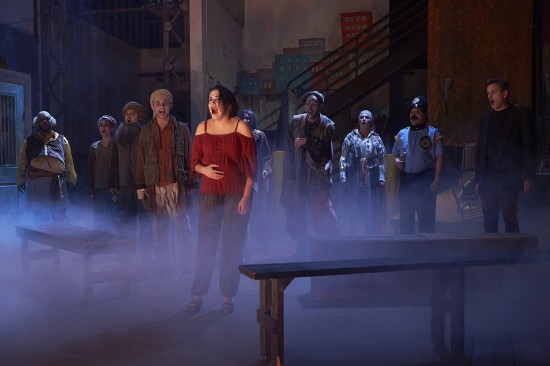 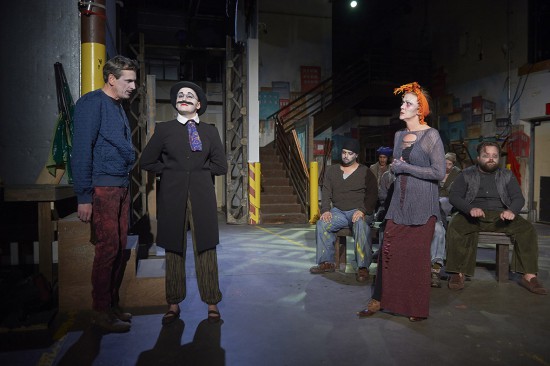 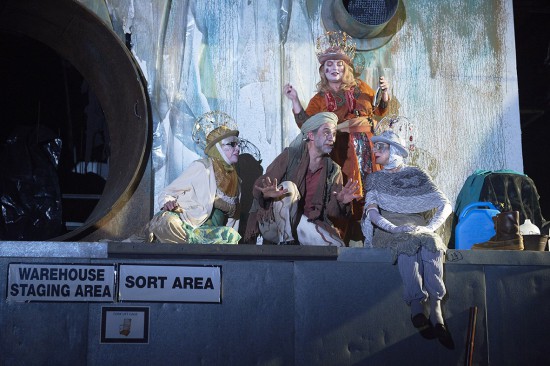 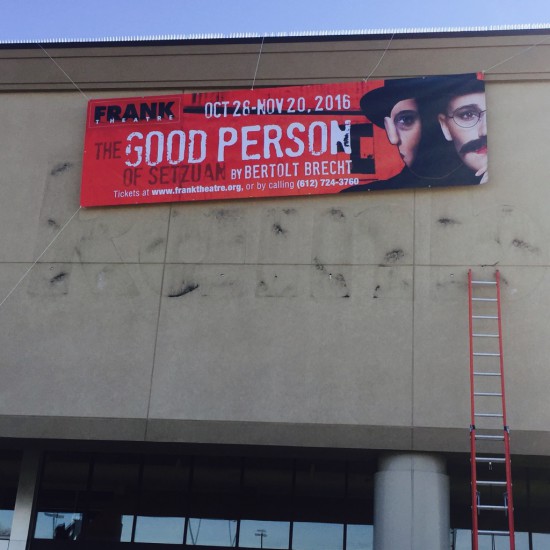 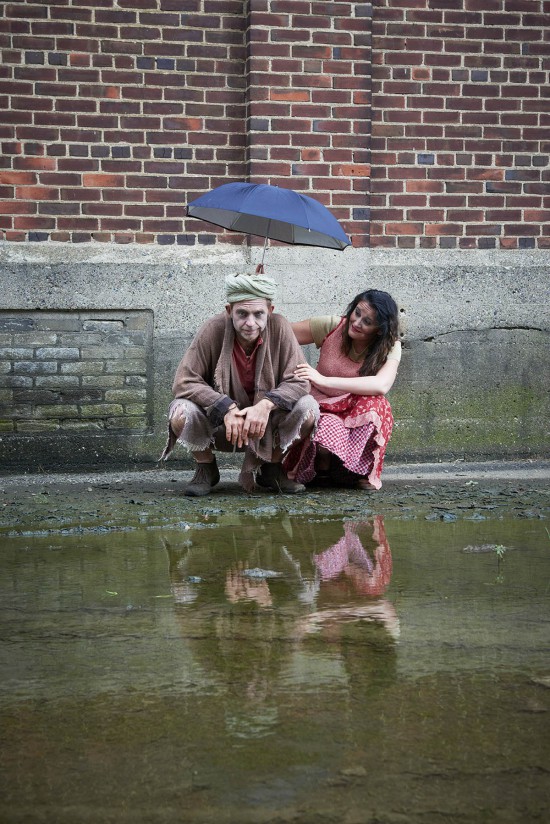 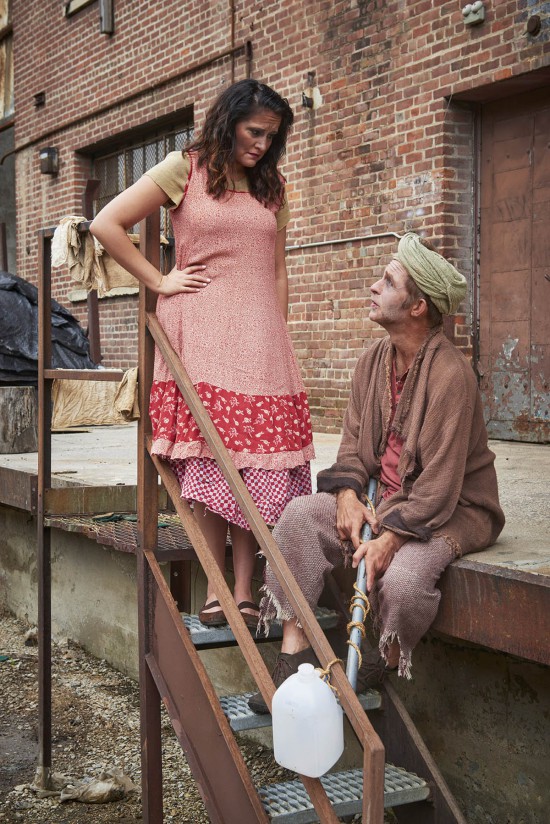 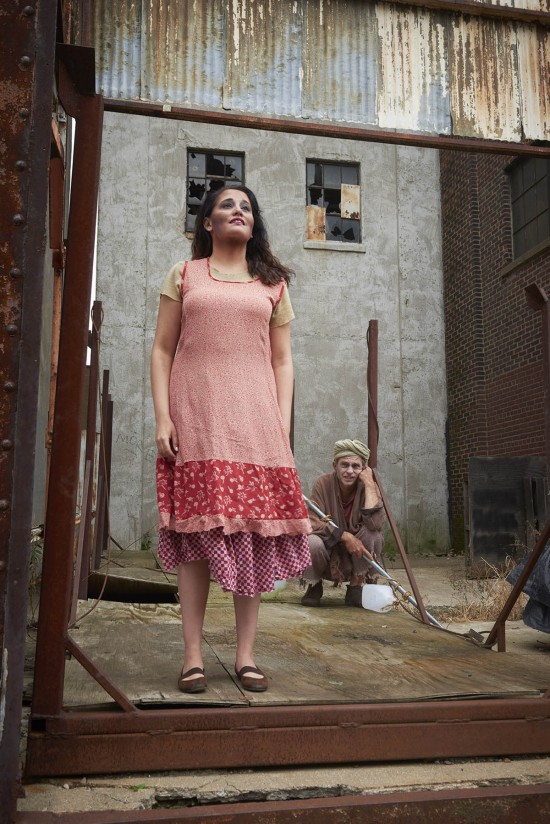 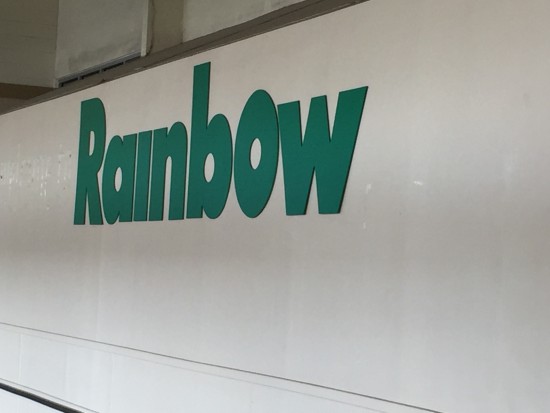 “Site-specific productions don’t get much more serendipitous than this: For its staging of Bertolt Brecht’s The Good Person of Setzuan, Frank Theatre has taken over the space that formerly housed Rainbow Foods at Lake and 27th in Minneapolis. The service counter is now a refreshment stand, the sales floor houses a tent-city installation by Kellie Larson, and the loading dock has become a stage.

“Knox is a Brecht specialist who nails this material’s deliberately stagey tone; in a sense it’s a satire of a morality play… The strong, tightly rehearsed actors are all well-cast, making every scene fun to watch. A radiant (Emily) Grodzik gives a complex performance that keeps Shen Te from coming off as the contemptible rube so many other characters take her for….The show sounds even better than it looks, with several songs set to catchy melodies by Dan Dukich. (Whoever designed that loading dock could teach a few lessons about acoustics to some of the architects creating actual theater spaces in this city.) This Good Person is easy to recommend whether you’re a Brecht newcomer or an aficionado. The unique setting and expert production will reward anyone willing to get lost in the supermarket for a few hours.”

“Director Wendy Knox..has staged the play intelligently, trusting the story, trusting the talents of her cast, and trusting her own quietly febrile creativity …. The Good Person Of Setzuan unfolds deliberately, quietly holding our attention. Knox is a treasure…As Shen Te/Shui Ta Emily Grodzik is a wonder…The whole cast thrills, but it is necessary for me to single out the hootful Virginia S. Burke as the nasty sashaying mother-in-law; Kirby Bennett as the arch, all-ears Mrs. Shin (Bennett gives a terrific, hard-to-describe performance); Patrick Bailey as the narrating Water Seller; and John Middleton as the coarse (and less than perfectly intelligent) pilot.” (howwastheshow.com)

I don’t know that I’ve ever experienced anything quite like Frank Theatre’s production of Bertolt Brecht’s Good Person of Setzuan. Part site-specific experience in the vacant space of the former Rainbow Foods on Lake Street, part found object set and installation project, it’s an incredible production that immerses the audience from the very moment they arrive. ….Frank’s production presents this with such power and grace that it doesn’t feel heavy or contrived but rather thoughtfully constructed…A lot of this is due to the powerhouse cast. …there’s an incredible ensemble that performs an array of characters and constantly change and shift the set…This is also a play with music, composed by Dan Dukich, combining dissonant Kurt Weill styles with more modern (almost 80s pop?) sounds, which lends itself wonderfully to mood and atmosphere already in place. …Combining wonderful lighting design by Mike Wangen, various lush and tattered costumes by Kathy Kohl, a clever set by Joe Stanley, and fantastic props by Kellie Larson (who also designed the lobby display), there’s a really rich world that’s created inside the vacant store. And because it is an old grocery store, there’s remnants of its former usage everywhere – which further hits home the issues of the play. The loading dock, which has become the stage, provides the perfect sort of decaying mechanistic feel for the show. And, incredibly, it has wonderful acoustics…. bring a friend, grab a drink afterwards, and dig into the deep issues of post-modern capitalism raised in this brilliant show.

“Frank has made terrific use of this space in their latest production of a Brecht play – The Good Person of Setzuan. Frank + Brecht = weird, but weird in a creative, interesting, entertaining way. .. it’s a very well-done, intriguing, thought-provoking, entertaining play in typical Frank style….The Good Person of Setzuan is like a gritty fairy tale.”

“From the minute you walk in, Frank Theatre’s “The Good Person of Setzuan” is an immersive experience…..At that core, though, there’s strength..Emily Grodzik ably morphs between these two personas and just as adroitly demonstrates the difficulty in finding the middle ground between these opposite ways of dealing with humanity…There’s much to like in the 17-member, multiple-character cast” (Pioneer Press)

“Kirby Bennett offers the most spot-on performance as Shen Te’s nosy neighbor. She gleefully enjoys every aspect of the spectacle unfolding in front of her, managing to be in the moment and yet outside it, enlisting the audience in her sardonic viewpoint. Grodzik capably manages dual roles as Shen Te and Shui Ta, while Patrick Bailey lends the role of the Water Seller a sense of whimsical resignation…” (StarTribune)